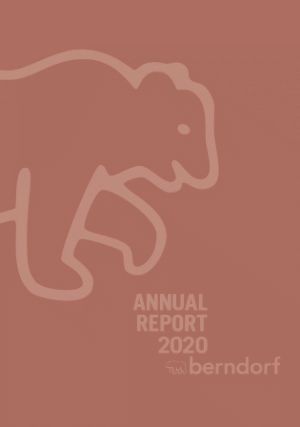 BERNDORF (30 March 2021) – The year in which the coronavirus pandemic wrought such havoc on the global economy will also go down as a crisis year in Berndorf AG’s history. However, in spite of the underlying situation, the Berndorf Group companies reported above-average performance – measured both against their peers and many other industries. Having taken the necessary precautions well in advance, the subsidiaries had access to ample liquidity.

And thanks to the exceptional discipline shown by employees including their rigorous adherence to hygiene measures, only a handful of people tested positive for coronavirus across all of the Berndorf teams worldwide in 2020. Production continued uninterrupted at most of the Group companies. Consolidated revenue contracted year on year by around 10% from EUR 510m to EUR 460m. Despite this decline and the pandemic, the Group posted a profit before tax as well as profit for the year in the low single-digit millions.

Capacities realigned to new market situation
Some companies in the Group made temporary use of national short-time working models, and a number of employees were laid off as cost structures were realigned to reflect the shift in production capacities in some areas. However, no major damage was inflicted on the overarching business model anywhere in the Group. Significantly, all operations that make up the Berndorf Group were capable of sustaining themselves at year-end 2020 and will remain so by responding appropriately to shifts in demand. In 2020 the Berndorf Group had an average of 2,180 employees at fully consolidated subsidiaries (a 4.1% decrease on 2019) in more than 20 countries.

New organisational structure passes acid test
The Berndorf Group passed its first test in 2020 following the previous year’s far-reaching restructuring programme that saw automotive sector specialist stoba, headquartered in Backnang, Germany, spun out to Berndorf AutoMotive AG (BAMAG). After eight years in the Group, stoba was able to stand on its own two feet thanks to its tried-and-tested precision engineering expertise. The increased room for manoeuvre afforded to the company under the new structure proved to be the right way forward for the stoba Group, which is now run by BAMAG Holding. The owners of the BAMAG holding company are the same as those of Berndorf AG, and have been at the helm of a streamlined Berndorf Group since 2020. As a sister company of Berndorf AG, the BAMAG Group will remain part of the extended Berndorf family.