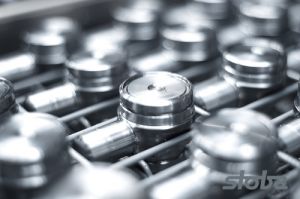 BERNDORF (6 April 2020) – Growing barriers to international trade and significant uncertainty regarding the evolution of trade relationships amplified the global economic slowdown during 2019. The Berndorf Group was not unaffected by these developments. Therefore, a strategic reorganisation of the Group’s structure was introduced in 2019, with the aim of opening up new space for flexibility.

Keeping this objective in mind, Berndorf AG’s owners enabled the stoba Group to move in a more independent direction in future. With its precision engineering expertise and after eight years as a Berndorf Group company, stoba was ready to stand on its own feet. The automotive sector specialist, headquartered in Backnang, Germany, was spun out to Berndorf AutoMotive AG (BAMAG).

As a result, comparison of Berndorf AG’s 2019 results with its 2018 results is informative to a limited degree only. Revenue – not including stoba – fell by approximately 5%. A number of subsidiaries were unable to achieve budgeted results, which led to Berndorf AG reporting lower annual pre-tax profit of EUR 9.7m.

Covid-19 crisis: Berndorf companies around the world affected
As soon as the reorganised Berndorf Group entered the new financial year, it was confronted with the Covid-19 crisis. Although all of the Group’s production sites continued operating during the first quarter of 2020, some were compelled to scale back production. Chinese subsidiaries including Aichelin China and Berndorf Band China implemented short-term cuts in capacity, but are already reversing them.
Meanwhile, in Europe Berndorf locations have been faced with increasing restrictions due to the crisis since the middle of March. Throughout the Group, wherever reasonable employees have been asked to work from home, in order to reduce the risk of contagion. The necessary codes of behaviour to help contain the spread of Covid-19 have been introduced in production operations, and Group companies are following the directions of national and local authorities.

Group companies in Austria and Germany are making use of the models for reduced working hours that have been developed in those countries.

The Berndorf Group (excluding stoba) has 2,274 employees (full time equivalents as of 31 December 2019) at consolidated subsidiaries, of whom 972 are blue-collar staff and 1,302 are white-collar staff. Regular employee and apprentice exchanges between the Group’s sites in more than 20 countries promote cultural and professional understanding, supporting the Group’s ability to meet the demands of globalised business.